Most people are familiar with dash cams in reference to the police using them to record their stops when they pull a car to the side of the road. However, more civilians are using them in their cars to record accidents to protect themselves in court or to use as security devices.

If you have an interest in buying a dash cam, then read this VAVA dash cam review to see if it’s the right one for your needs.

What Is a Dash Cam?

A dash cam, or dashboard camera, records everything that happens from the dashboard of a vehicle. While the camera could capture nothing but a journey across town or miles of country roads, it could also record a traffic accident or show someone vandalizing your car.

The information that the camera records could be helpful to your insurance company after an accident because it could help determine fault and will show the sequence of events. It could also capture parking lot accidents or the beautiful scenery on an unforgettable road trip.

Features of a Dash Cam

If you’re unfamiliar with the operation of dashboard cameras, here are some of the standard features that many dash cams have that you should know about before buying one.

Many of the older dash cams recorded images with 720 pixels, but now they are full high-definition images or HD. When shopping for a car camera read the information on the website or box to make sure the images will be HD to get the best quality videos possible.

A wide-angle lens allows the camera to pick up everything in front of the vehicle. Having a good view of both sides of it can give viewers a good look of an accident or scenery that drivers couldn’t see.

When a dash cam has a loop recording feature, it records everything within the camera frame until it uses all the microSD cards memory. Then, it will begin to record over videos when it is full. If the camera has Important footage, the vehicle’s owner should download it to a smartphone or computer as soon as possible.

Having a dashboard camera with night vision is essential if you want to take videos every time you drive your car, especially at night. Night vision lenses can film in low light, so they can capture any events that take place after the sun goes down.

If you want to be able to hear sounds on dash cam videos, then you need a model that can capture sound. If the police pull your car over, then you can record the conversation or other sounds that could be important for your case or insurance purposes.

You’ll need microSD cards to record the videos that the camera captures. Owners can insert the cards into a computer or smartphone to replay the videos.

A long-lasting battery is vital if you’re leaving the camera on for every trip that you take away from home. Read reviews of the dash cams you’re thinking of buying to check their battery life or find out if they use capacitors instead.

While there are many more features for dash cams, these are the seven most important ones to consider when selecting a camera for a vehicle. Read this VAVA dash cam review to see if it’s the best one for your needs.

What is the VAVA Dash Cam?

The VAVA company manufactures several dashboard camera models, with the QHD 2K camera being their latest offering. It is a feature-driven dash cam that provides great videos when you need them. The camera offers 360-degree viewing because the camera rotates while filming. It also sports a fisheye lens that views up to five lanes on each side of the vehicle.

The round dash cam has a suction mount, and the camera connects to it magnetically, which makes it easy to place it on the dashboard or remove it.

This cam can capture videos and audio all around the vehicle, including the inside of it as well. It has night vision thanks to the Sony IMX291 sensor with super night vision. This camera allows users to not only film videos, but it can take still pictures, and it has a Wi-Fi connection that allows for sharing videos and images via social media in real time.

Its G-sensor, or gravity sensor, turn on the camera to film an "emergency" video, which is parking mode if the car gets hit by another vehicle. The emergency footage is sent to a smartphone via an app for iOS or Android smartphones. The app also allows users to view current footage, offload it, change settings, and turn the camera on or off.

Since the camera doesn’t have a display, the app is the only way to change the settings. The footage of videos and images get stored on a microSD card, which goes into a slot at the back of the dash cam. The card holds a minimum of 16 gigabytes of video and pictures, but it can also use cards up to 128GB.

The battery is powerful enough to operate the camera in parking mode for up to 72 hours. This camera also has several other features that those considering it for their vehicles should research.

The VAVA 2K dash cams come with an 18-month warranty and owners of the cameras can extend their warranties for another 12 months by registering their devices with the company.

Many experts consider the VAVA dash cam to be a budget car camera but with nice features, some of which may not be available on other units. The VAVA 2K QHD models have different prices depending on their video resolution.

Although there are several dash cams on the market, those that compete with the VAVA 2K QHD models will be in the budget category and have many of the same features as the VAVAs. Some of the models often compared to the VAVA models are the Roav C1 Pro and the Thinkware X500D dash cams. 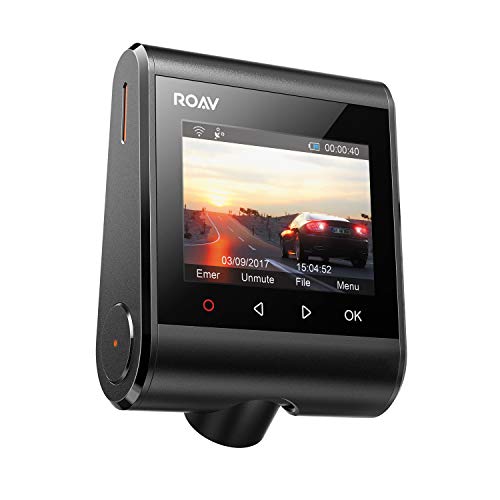 The Roav C1 Pro dashboard camera has many of the same or similar features that the VAVA 2K QHD dash cam does. This model and VAVA’s has:

The Roav has its differences as well. It features:

The pricing for the devices is also similar, with the Roav’s selling for $129.99 on Amazon. However, the Roav does not rotate, so it doesn't have a 360-degree view that can record both inside and outside of the vehicle. 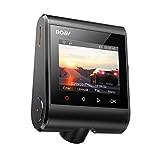 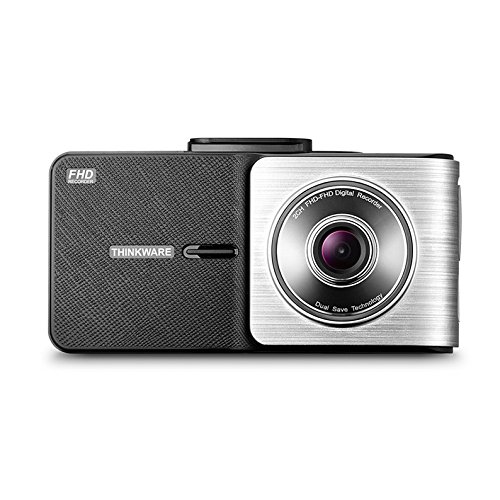 Some of its differences include:

VAVA’s unique ability to rotate 360-degrees does away with the need for a second camera at the rear of the vehicle. It allows users an all-around view outside and inside the vehicle. It also has a mobile app that users can use to post dash cam images and videos on their social media accounts or manage settings for the camera.

The price for the Thinkware X500D starts at $550 on Amazon, and it is available at Walmart at $643.54. This dash cam has lower prices on eBay, but they are for pre-owned or like new cameras. However, they still sell for almost twice the cost of the VAVA dash cam. 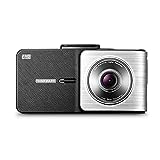 The pros and cons in this VAVA dash cam review may be able to help you decide whether it is the right dashboard camera for your needs.

This full-featured dash cam offers quite the bang for the buck. It has the unique 360-degree rotation with a wide-angle lens that allows a view in and around the vehicle. This feature sets it apart from many other dashboard cameras on the market.

In combination with its powerful battery, full HD picture quality, the ability to extend the 18-month warranty another 12-months, and its ability to post videos and images in real time on social media, we recommend this dashboard camera to anyone wanting to add one to their car or truck.

10 Front And Rear Dash Cams: Peace Of Mind While On The Road

DISCLAIMER
This website may receive financial compensations from some of the links to products or services on this website.
FOLLOW US
© Copyright 2019 | Warrior of the Roads